In this tutorial, you will learn how to make an Apple Catch game in Scratch! Impress your friends and family with this fun game.

Let’s start with the sprites. First, delete the cat and go into the sprite area and pick an Apple and Bowl. These will be the main things you will need in the game.

Next, go into the backdrop tab and get the Tree backdrop. It will make it look nice.

Then, go into motion and get two “Change X by __” blocks in one put in -10 and in the other, type 10. After that, place the -10 on the Left Arrow one and the other on the Right Arrow. Your code should look like this: 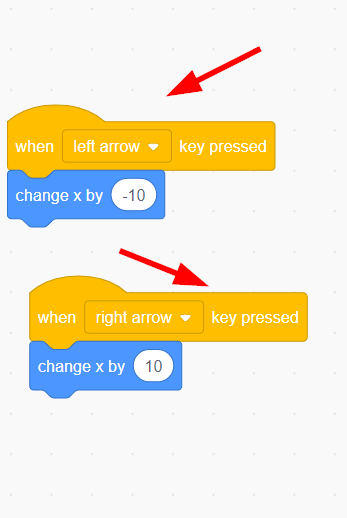 Now, it would not be fun without the score in our game! So, go to the variables section and create a variable and name it Score: 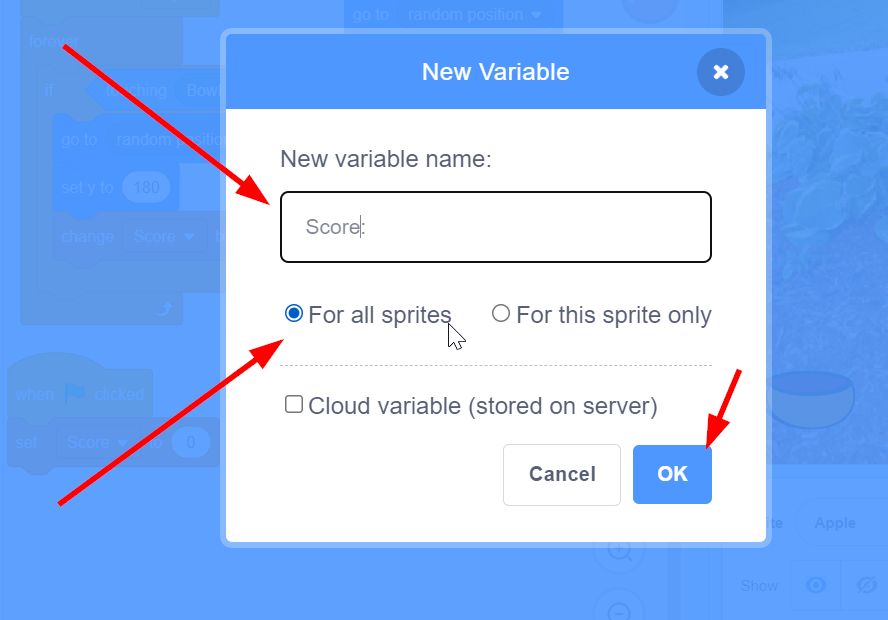 Then, get a When Flag clicked block and put the set _ to_ block and set it to Score: and the other one to 0. Your code should look like this:

Next, we’re going to add code to the Apple that tells our game that if it touches the bowl you get a point and go to a random starting position high up in the tree! Your code should look like this: 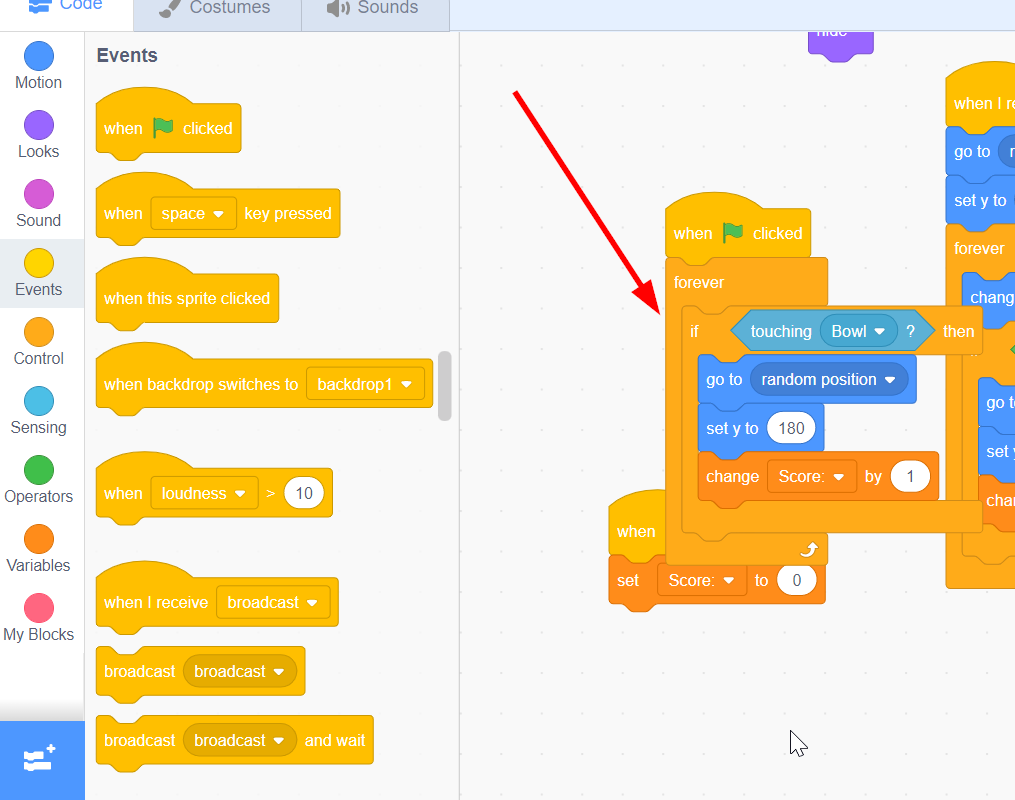 Here, you will code if it misses and send it back to the start. Your code should look like this: 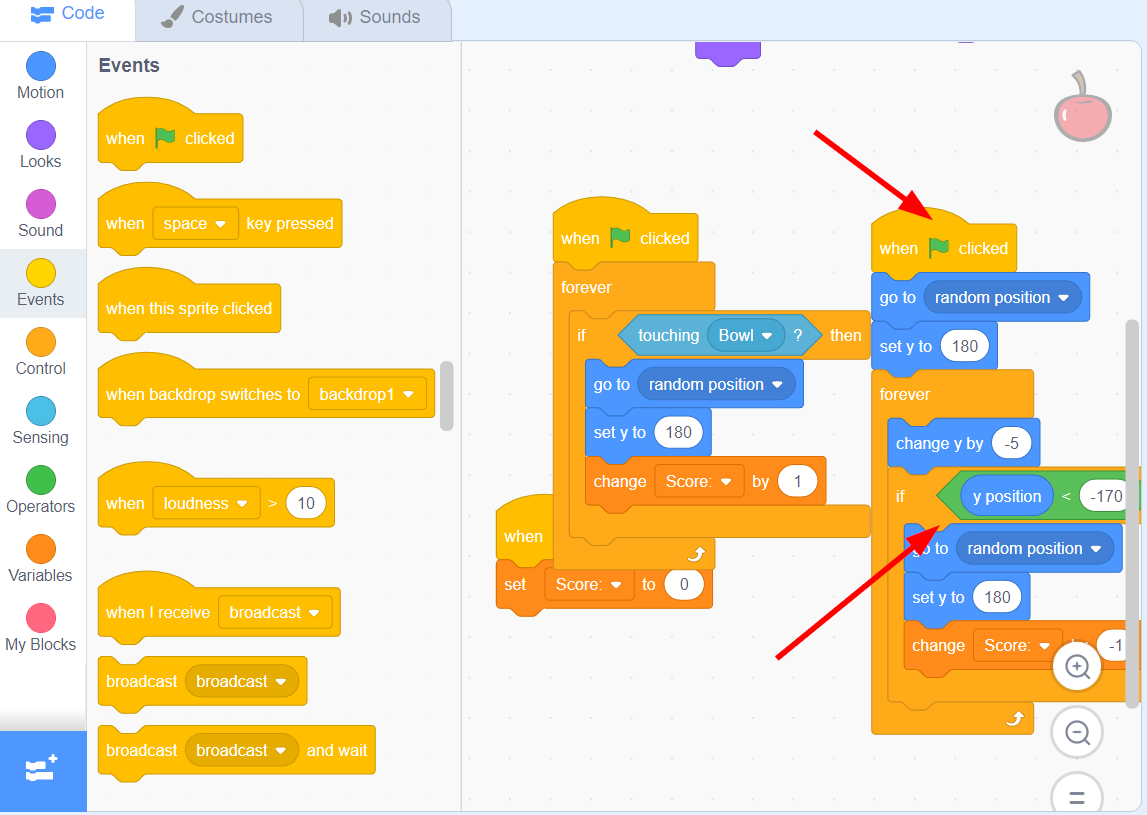 You’re finally done! Click the green flag and move the bowl with your arrow keys and try to catch the apple!

Challenge: Once the score is 20 or more try to make the bowl into a Fruit Platter!